Well its been a while since I've posted. Had a couple of crazy days that seemed to blur all into one. Then felt like crap for a few. Its been a roller coaster week. Monday was clinic day. That was the last post I did. Tuesday was a busy one for me.

First I stopped by the dress shop to pick up my Bridesmaids dress for my friend Chelsea's Wedding! Then a group of us used inflated rafts and floated down the river. It was great! We just floated along and stopped to swim and eat lunch. It was lots of fun. I hadn't been IN water like that in maybe, two, summers. So it felt great to wade in the water and not be freezing cold! I did bring my O2 with me, although I didn't wear. Bad tan lines, haha.
After the river float I had dinner with my brother's fiance's family... if that makes sense. It was Her, Mother and Grandmother and Sister and My Mom at dinner. We were planning Annalie's, my brother's fiance, bridal shower. It was interesting. Our families are very different haha. But we worked it out and I think it will be a great Bridal Shower. I was put in charge of games!! SWWEEETTT!

After dinner I was informed my older brother was in a motorcycle accident. WHAT! He doesn't even own a bike?! Well my uncle let him ride his. Nice job Uncle, haha. My brother was too stupid to wear a helmet so of course ended up with a head injury and had to be taken to the hospital. He is ok, and was released the same day. He is just banged up with road rash and stitches. Idiot!

So Tuesday was a long day! And because it was so long I decided to crash at a different house than the one that had my O2 Concentrator. So I had to use my portable O2 which is just pulse and not continuous. I had an awful night sleep. Woke up like every 2 hours. And had a headache in the morning. I spent all day Wednesday with my Grandma. That was fun. I hadn't seen her a while.

O and while I was waiting to meet my friend to pick up my dress I decided to let Tucker out of the car. It was his first City experience. He has never been to a busy city with lots of people and cars. He did really well. Sat close to me but didn't freak out. He is doing so well with his fear and stranger phobia. I'm a proud Mama!!


Tuesday and Wednesday were so busy they basically blurred into one long day. Thursday I slept pretty much all day, I was exhausted. Friday I was finally starting to feel better. I HAD MOVEMENT!!! I was finally able to poop. Like really poop, not just a little. The blockage is gone! THANK GOD! I've been drinking tons of Gatorade to stay hydrated. I don't want another blockage. My weekend is mellow. Just hanging out with the family at the Lake house. My Mom leaves for a week vacation on Monday. Not sure what I'm going to do with myself. I talk to her everyday! It'll be weird with her gone for a week. Hopefully Transplant doesn't call while she is away. I might freak out. She is the rock in the family. We would all crumble without her. 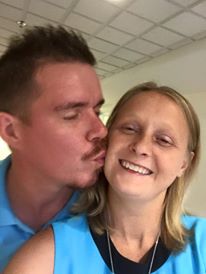 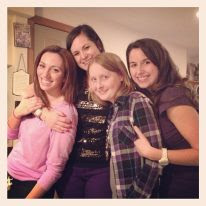